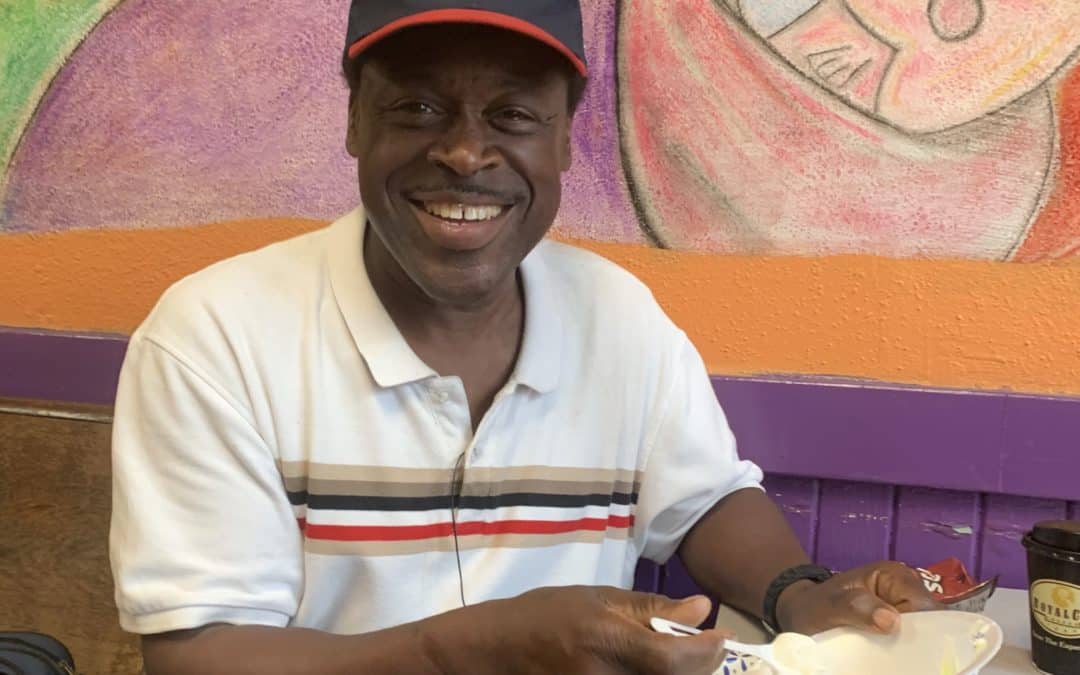 In verse 9, it says that we shouldn’t judge each other. I think that the writer is saying not to judge another person for what they believe in. I think I judge people sometimes—and I ask God to forgive me for that. Because who am I to judge? I don’t have a Hell to put them in and I don’t have a Heaven to send them to. Like it used to be that when I saw people doing something that I thought was wrong, I used to judge them for it. I used to think that was a sin. And God showed me, ‘Don’t do that Jerome—I’m the only judge.’ And I said, ‘God forgive me for that.’ I have a friend out in Bankhead, he was killed in the back of a van. He used to drink all the time, and I would just judge him, and I thought about that, and said ‘I was wrong for doing that.’ He would work, but he would always drink, and I would judge him. And I asked God to forgive me for that, because I try not to judge people anymore. I’m working on myself. I have a long way to go, but I’m still working on myself. I think being community for one another is that we should love one another. We should love all people and welcome them with open arms, because God made us all.