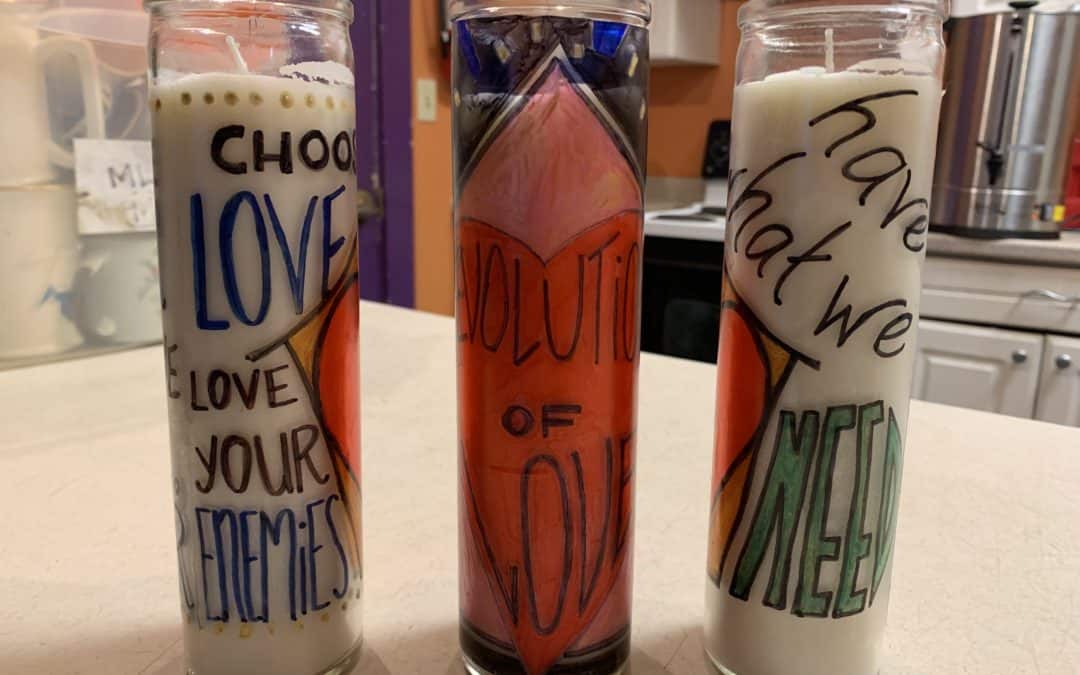 In the Magnificat, Mary—a poor, unmarried girl in a colonized territory—becomes a poet and a prophet. She begins by saying her heart magnifies God, then goes on to say how being in relationship with God changes how she expects the rest of the world to see her. Instead of being cast aside because she’s too young, poor, or female to matter, Mary calls others to recognize her dignity and the gifts God has been working through her. She also takes joy in the radical mercy God is showing everyone, not just her, and gives concrete examples of what it looks like: people being unable to organize their arrogant thoughts and dominate others with them, oppressive and oppressed people being put on equal footing, and everyone having enough, but not too much, to eat. Mary is outlining a prophetic vision of the kingdom of God in this passage, and because she knows who God is, she’s willing to risk her body and her reputation to bring it into the world. And she’s happy about it! She shows us that even in the midst of confronting harsh injustices in our lives, we can find joy in the identity God’s love gives us.

Prayer: My soul does magnify the Lord! My spirit rejoices in God my savior!